I’m one of those sickening people who wake up at 5am every morning but you know what? I feel incredible for it. Not only can I get loads done in the morning but the afternoons allow me much needed downtime.

Maybe you’re one of these people who sleep in, especially on the weekends, and then wonder why the day has slipped away so quickly? Maybe you just want to improve your productivity. This article may be your answer to achieving that higher level of productivity so read on to find out my daily routine.

Step one: Making sure you go to bed early the night before.

With 5am starts, we still need a full nights sleep to feel productive and in order to do this and not burn the candle at both ends we need to be asleep by at least 10pm.

To start with I struggled to get to sleep early so I made a conscious effort to get into bed before my ten pm deadline. I’d put my phone to the side and read something not on a screen, ensuring my brain had enough time to quietly shut down by itself.

After a while, my natural sleeping pattern changed.

Of course there are some days I lapse into old habits and I struggle to fall asleep by my cut off point but these days I treat myself to a decaf or herbal tea (as long as it’s caffeine free). The days following this terrible night’s sleep will often be a battle.

Step two: Wake up and get up.

Stop abusing the snooze button. When you have something to get out of bed for and be productive there’s no time to waste on an extra ten minutes here or five minutes there.

My partner is awful for this, not only does he set an incredible amount of alarms but they’re also jarring, not what you want to wake up to.

It’s true that some people need loud alarms to wake them but I believe that after a few weeks of early nights and early starts, your body begins to settle into a routine, and wake you naturally. There has been many times where I’ve woken up a minute before my alarm has triggered.

My mother wakes up to radio 4 because the radio presenters are all softly spoken and there is a distinct lack of music. This alarm works for her and wakes her just as well as her old buzzer alarm did.

The last thing we think about when we wake up at 5am is food but it can actually be one of the best ways to kick your body into action.

I stick to something plain, like shredded wheat, milk, and honey. The act of chewing, as my mother has always said, wakes us both up and provides our bodies with the energy to see us through until lunch.

The trick with breakfast is to stay away from overly sugary foods, no chocolate cereal, or sugar filled coffees as this can attribute to our reduced energy levels later in the day.

I have the unfortunate requirement of having to commute to work in the early hours, which often means travelling in the dark and cold of the dawn. Unsurprisingly, driving and fresh air wakes me further and by the time I’m at the door I’m ready to work.

For some people who work remotely from home it’s probably very difficult to get motivated. I know the feeling well from my time spent as a freelance ghost writer. The same rule applies to you too, get moving and get some fresh air. Whether you open a window and do some chores or go for a morning jog around the block, the trick is to get the oxygen flowing to your brain and get you ready to face the day.

I can’t stress enough how important it is to stay hydrated throughout the day. I am awful for this but I’m trying to get better and am noticing a difference in my skin and my emotional well-being.

The aim is to drink 8 250ml glasses of water a day, which is doable, especially if you work in an office.

Step six: Lunch breaks matter but don’t let them slow you down.

Arguably, my biggest downfall is break-time. When given the opportunity to scoff an unhealthy lunch followed by a heavily caffeinated beverage I often leap at the chance. Unfortunately, I’ll suffer shortly after, crashing with a sugar low. This is where we often spiral, our productivity lowers significantly and we crave more sugar, more caffeine just to finish the day.

We need to consume healthier lunches, full of super foods and things like carbohydrates that release energy slowly, just like in our breakfast.

I have found the best way to do this is to ensure I pack a lunch box which I safely tuck out of reach until the time comes. Past me packing the lunchbox is far less likely to pack three chocolate bars and a packet of crisps for lunch compared to meal-deal present day Kirsty who fancies a dominoes pizza or anything covered with a copious amount of cheese.

Again, like the previous steps, it’s going to be difficult but not only will it increase your productivity and slim your waistline, but it will also help reduce daily costs in the staff canteen.

After a busy day we crave nothing more than to be able to sit in the comfort of our favourite chair and switch off from the day we’ve had. While some of us have the luxury to do that, some get carried away with household chores.

Now I’m not saying the dusting isn’t an important chore but what I am saying is that there’s a time and a place to do this and it’s not after you’ve worked hard. You deserve a break, time for your brain to absorb what has happened in the day.

You may not have the luxury of hours and hours at the end of your day, especially not with your early sleep schedule, but we can allow ourselves at least twenty minutes a day to meditate, to watch our favourite program, to read, or to play a game.

When we are given the opportunity to relax we often see it as a temptation we need to refuse, as if relaxing is somehow reducing our productivity. Our thoughts on this need to change. After all, you wouldn’t expect your friends or family to work without a break, so why do you expect to be a productivity machine working at 110% all day, every day?

Hopefully by implicating these lifestyle tips you’ll find waking up at 5am a more enjoyable and productive experience. 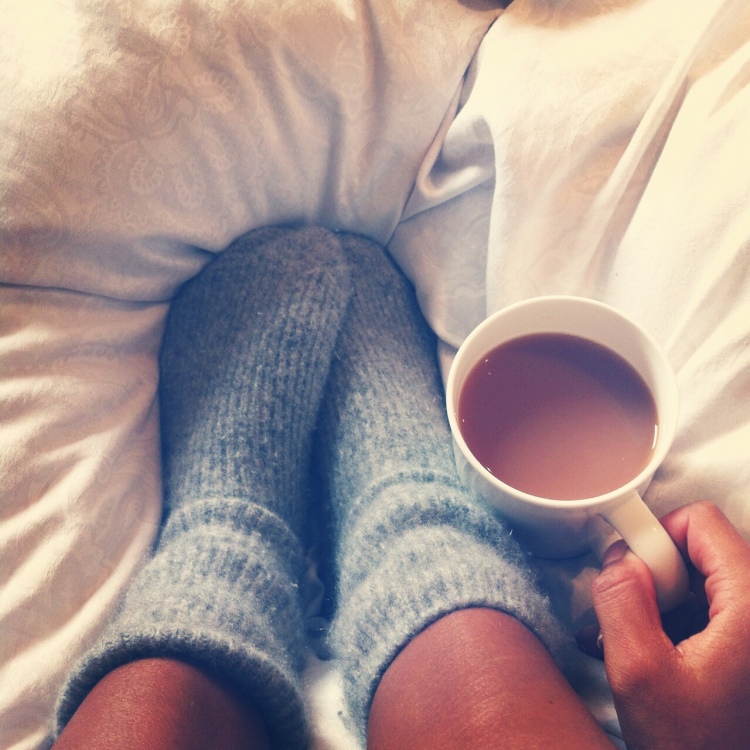