I, for one, fell into the Halsey trap after listening to Twenty One Pilots on repeat until one day I accidentally clicked on a related video and landed on Halsey’s Ghost track. Much like a quote from John Green “I fell in love the way you fall asleep: slowly, and then all at once.”

The more I listened the more I found I couldn’t stop and since I’ve had my car, I’ve also been the proud owner of the Badlands album, my favourite song a toss up between Gasoline and Control.

Now I find out Halsey has just released a new song and will be releasing a new album around the 2nd June this year. It would be fair to say I’m ecstatic.

Now Or Never is not only a new song by Halsey but it is also her own music video, her directorial debut alongside Sing J. Lee who is famous for his work for Muse’s ‘Mercy’ video as well as AlunaGeorge’s ‘Not Above Love’. Now Or Never is an action romance with what I can only assume are nods towards the traditional tale of Romeo and Juliet, one character even making direct visual reference to Juliet’s wings in the Baz Luhrmann creation back in 1996. 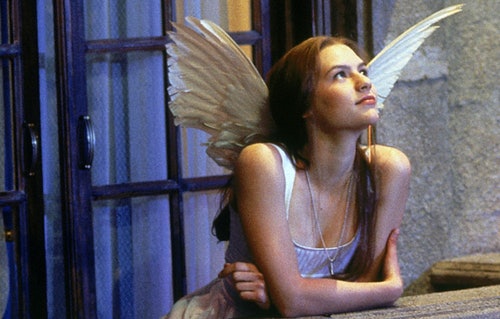 As for the music, as that is what we are here for, it’s contemporary. The backing track effect is slow, sensual and has a reverb effect that is very popular right now. Halsey’s clear musical influences are that of The XX, The Chainsmokers, Daya & The Weeknd although her singing seems fresh, new and out of the ordinary.

Now Or Never is not my new favourite song but it is a typically sounding Halsey track so those who are current fans know they have fresh music that won’t disappoint to add to their collection. New fans should be warned, once you’ve been bitten by the Halsey bug there’s no turning back.