It’s post-reading festival, I have the blues and festival flu. What better way to cheer myself up than to reminisce about my highlights during my four and a half day stay?

Thursday: There was a cool calm electricity to the air as the night settled in, everybody exploring the arena with steadily brewing excitement. A timer ticked down on the screen announcing the arrival of Hot Dub Time Machine, a DJ set travelling through the ages to entice and excite the crowd.

16 minutes on the clock.

The crowd is alive and roaring, feet trample the freshly cut grass as it flows towards the stage. The newbies are confused, dazed but carried upstream into the tent.

Sweat drips off my body, I have never been this warm in my entire life, as I dance to remixes I’ve never heard. I join in with familiar chants, chants that will later be heard at nearly every gig I attend in the arena.

It’s 2 or 3 am when I finally roll into bed, having made new friends. I feel alive.

Friday: It’s a thankful sight to see the pink and white striped ‘seat of luxury’ band on my wrist, the morning after the night before I cannot face cold stainless steel and an uncomfortable wet baby wipe. I stumble through the luxury toilet doors, my legs heavy and not responding in the way I want them to. It’s been a long walk here, purple camp being at least a ten-minute walk away, but I am finally here, and I have never been so happy to see toilet paper and running water in my life.

Early afternoon, after spending an astronomical amount of money on three chips and a slice of burger cheese, my friend Lucy and I wander into the Festival Republic tent and watch the illuminating and mesmerising Transviolet. Having seen them before at a gig in Brixton last year I knew what to expect, hauntingly beautiful vocals, catchy choruses and easy listening. When you listen to Sarah sing you feel a strong urge to mimic her as she reaches out into the crowd, waving her arms with a fairy-like aura.

Lewis Del Mar was my top reading festival highlight, even though I had paid for my ticket to see Fall out Boy and Twenty One Pilots (which I nearly missed). It was an intimate gig, with me even managing to reach barrier to listen to this four-piece band rip my heart to shreds with heavy basslines and put me back together piece by piece with soulful singing. Never have I seen a band with such a ferociously intriguing lead, his passion on the stage evident within his movement that I can only compare to a whirlwind, twisting his way across the stage.

Friday evening was a blur of drinking and laughing with our new friends, our final attempt at re-joining the chaos of the arena ended up in me catching ‘Car Radio’ during the last song at Twenty One Pilots and throwing a hissy fit because I had been too busy drinking to bother making a move to see one of my all time favourite bands.

The final highlight of the night was being burnt with a cigarette in the pit while seeing Asking Alexandria. Seriously dude, that hurt.

Saturday: We had an overnight casualty. During a normally harmless game of ‘crouch behind your friend as someone pushes them over’ one of our new friends landed funny on his shoulder and it blew up like a balloon overnight. Deciding that he’d rather be at home he left his belongings and caught the next train back.

Down a member and significantly lower in spirit, we attempted to perk ourselves up with comedy from Russell Kane. Russell Kane is one of my favourite comedians. With his not so subtle hints at his politically left winged opinion he made the alternative stage roar with laughter, especially the small Essex girl stood behind several rather tall men who found his comedy far too relatable.

After another afternoon of drinking, we were shocked to hear that You Me At Six were the surprise band and quickly made our way over to the tent. Being a fan of older songs like ‘Save it for the bedroom’ I listened with quiet amusement as I noticed how much further they’d come. Definitely adding ‘Night People’ to my list of songs to download.

By nine when the Red hot chillies were due I found myself slacking. An afternoon of sunshine and alcohol led to me passing out in my tent just after ten.

Sunday: Filled with a renewed electricity from my ten hours sleep I was determined not to waste the day. Today was the climactic ending to our musical exploration. With bands like Fall out Boy, Biffy Clyro and Good Charlotte there was no time to waste. Only Biffy and Good Charlotte were on at the same time, on different stages. Fml. I chose Good Charlotte.

Mid afternoon we drunkenly attended Delta Heavy’s DJ set and partied our way through the afternoon. Decidedly, the party may have been premature and would have preferred the set to have been later in the day, maybe the evening, after a few more drinks.

I was pleasantly surprised by Five Finger Death Punch and really enjoyed his T-shirt change to a ‘straight outta Compton’ Tee, probably far too much for it to be actually funny.

Almost missing Fall out Boy due to alcohol, this was becoming a regular occurrence, I made a run for the crowd, screaming my lungs out to every song, being the musical Fall out Boy mega fan that I was, I think I scared some of the more casual listeners. 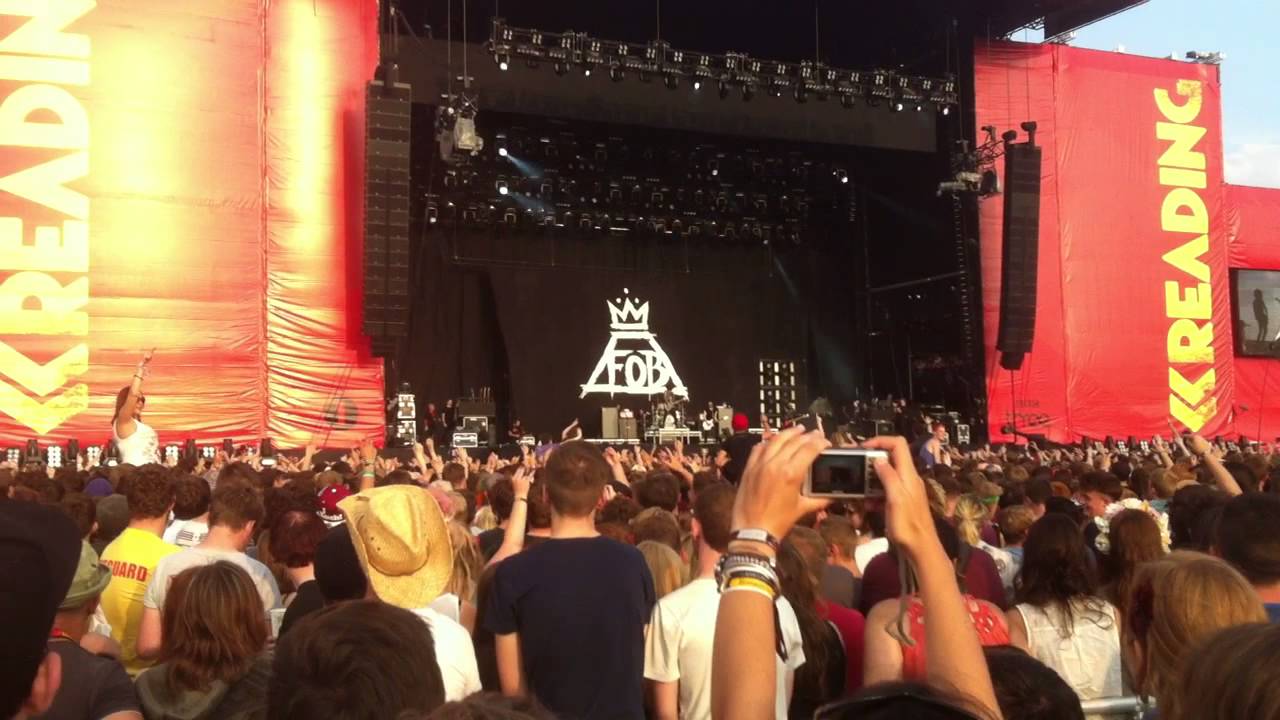 Fall out Boy did not disappoint. Although not quite the barrier I’d had during their gig at the O2 arena I still felt entertained, watching the pyrotechnics of the scantily dressed performers on the large screen and oo-ing and aah-ing as the fireworks concluded the show.

Monday: Death had taken me, I was sure of it.

An early start and a sad goodbye to our new found friends, Lucy and I made our move and ended up stuck in the car park for hours.

Blistered toes and bruised larynx’s we moped in silence as we waited for cars to be forcibly removed out of the way with car jacks. If I was more awake and not hanging off my tits I probably would have spoken out about it.

Warning to future travellers- do not park in any of the unofficial car parks along the main road, not unless you want to wait until mid afternoon to leave and get charged a shit tonne of money just for the privilege.

Overall Reading was a fantastic experience. It was an eclectic mix of music, the atmosphere was friendly and the booze was flowing. My only bugbear was how expensive everything was inside the festival grounds. At least next year I know what to expect.